It’s a wild world out there with NFTs and NFT utility. The industry is renowned for swings of volatility, 10,000 collection release drops followed by radio silence (also widely known as rug pulls) and outrageously differing price tags ranging from $1 to the hundreds of thousands of dollars. There’s no one rulebook for assessing the valuation of an NFT, but there are some metrics that traders look for.

Some creators go the one-on-one route meaning there’s only a single NFT. Others run limited collections of 1000, however the average size of a typical collection usually sits around the 10,000 mark, with each NFT holding varying traits that impact its rarity in the collection. This could include colour, design and physical characteristics ranging anywhere from clothing to facial features.

A one-of-one — which means there are no other NFTs in the collection like it — is usually more valuable than one with the same or similar characteristics — most commonly called ‘traits’ — of another.

The law of supply and demand usually means the asset will likely sell for a higher price. At the end of the day, it’s all about dat scarcity.

How to assess the rarity of different ‘traits’

Trait rarity models compare the rarest trait or attribute of each NFT, meaning the rarest would be the highest ranked in the rarity score. But this doesn’t provide a comparison with the total number of traits, or the traits of other NFTs.

Average trait models calculate the average of all individual rarities together, taking into account the sum of traits, divided by the total number of traits, but doesn’t take into account a super rate trait.

Statistical rarity is the most popular, but is more technical — all traits are multiplied together, and this figure is compared between each NFT. There are plenty of tools that do this technical process for you, including Rarity.tools and Rarity Sniper.

The most basic form of comparing rarity is to recognise what is more common and therefore less rare and less expensive, versus ultra scarce.

The more utility an NFT has, the more likely it is to attract a higher price. Utility means the NFT has a real application, beyond holding an epic/weird/unique asset in your digital or hardware wallet.

Does the asset give you the right to vote in the collection’s community? Does it grant you access to a super exclusive club online or IRL? Could you use it to power-up in a game? Is it an essential component of a game? Can you stake the asset to earn rewards? Could you use it as collateral for borrowing and lending?

See this guy here who collateralised his Doodles NFT and used the interest to help buy a pickup truck, similar to how people collateralise their houses.

While some see the Bored Ape Yacht Club as a useless JPEG project, the collection gives permission for commercial rights to the holders. This means utility extends beyond physical and digital realms, both commercially and non-commercially.

Some examples include a guy named Andy who opened a BAYC-themed restaurant Bored & Hungry in California that was planned as a 90-day pop-up that was so successful it’s remained open as a full-time burger joint and has since expanded to Miami. But not all NFT projects allow these rights though, as we covered here.

Another example of utility is how the asset expands beyond the digital world. For example, 8Sian, the largest Asian representative NFT community, now has NFTs in the collection on t-shirts at UNIQLO, and expanded to the production of jade pewters, in partnership with a century-old Malaysian jeweller. Pudgy Penguins also recently expanded to kids toys. Nike-acquired RTFKT to offer ‘phygital’ NFTs, meaning the digital assets can be redeemed for real shoes.

Interoperability refers to the ability to use the asset in different applications. If it can be used in multiple applications, it drives demand. For example, the Ember Voidblade built by Aussie-led MyMetaverse can be used across Infinity Realms, Pandemic World, Survival Infinity and Governors Paradise, as well as games in the MyMetaverse platform.

It’s good to evaluate the partners involved in an NFT project, as this can tell us about the broader plans to expand the value of the asset.

This is contentious, as we’re seeing many examples of influencers shilling projects causing harm to holders, including Jimmy Fallon, Paris Hilton and Justin Bieber being sued for shilling BAYC, or Logan Paul shilling god-awful zoo animals which flopped at the cost of investors.

But purely from the basic level of awareness of the project and social media engagement and community built, you can tell more about whether a project will have healthy levels of liquidity.

You can easily check out a project’s community size and engagement by following along with their main social media channels, or using a NFT data platform to check out how many unique wallets are trading the asset in a given daily, weekly or monthly period. Note it’s a dangerous world out there on Crypto Twitter, so do your due diligence carefully.

We at The Chainsaw are not attempting to evaluate price or provide a concrete valuation of any NFT project. However, we have compiled our own NFT utility rankings for research and categorisation purposes. These in no way represent whether a project has a real monetary value. It is simply our own way of judging a few components that we believe make a project pop or flop. A ‘poppin’ verdict does not constitute financial advice.

This ranking evaluates the multitude of details outlined in our utility section above and provides a score out of 5. Can you actually use this NFT for stuff? Does the NFT project go beyond just being a tradeable picture on the internet? 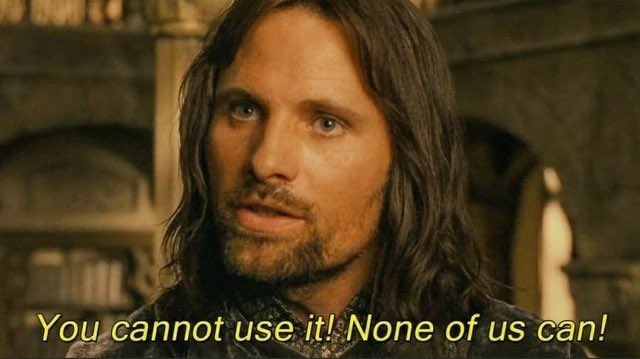 Does the project have a realistic roadmap that it’s already proven capable of adhering to? Are there reputable partnerships on the horizon? Plans for integration? Are they actively communicating the next steps of the project to their community? We rank projects on their ability to provide quality details of developments and deliver on them.

When assessing the dopeness of an NFT collection, it’s not all number-crunching and data analytics. A huge part of judging the viability of an NFT collection comes down a combination of subjective factors, like whether or not people like the art (no matter how strange) and what the existing community is like.

The great thing about NFTs is that they are mostly borne out of meme culture, and as such, many projects derive their value from things like irony and humour. At the end of the day, this means that a brilliant NFT collection can literally just be about the “vibe” and still command a pretty hefty price tag. The MFers are a great example of this.

Cool, so the project reckons it has utility. WTF is it though, is it new? Unique? Is it just a digital membership card to just buy more shit from a company? What can users actually do that is epic or impactful? Is it spurring innovation in NFT technology beyond the status quo? 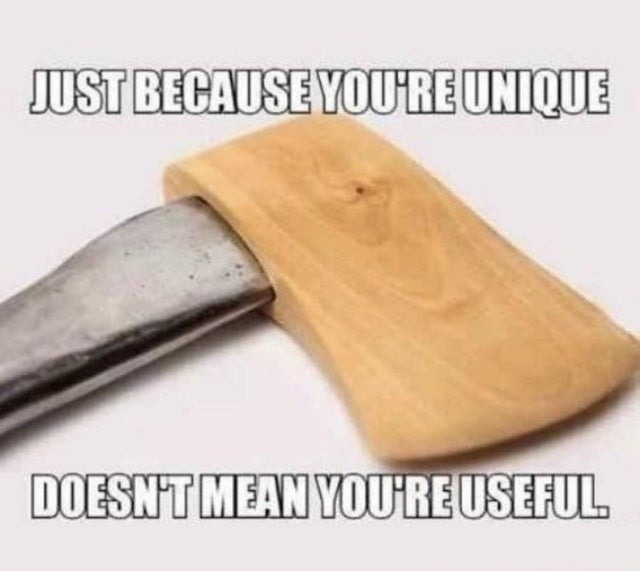 While The Chainsaw seeks to help readers evaluate fact from fiction and hype from reality, we can confidently assume that roughly 80% of all NFT projects in existence will most likely not survive the long haul. So, we recommend a high level of due diligence and avoiding FOMO buying at all costs before ‘apeing’ into a project.

But most importantly, NFTs are fkn weird and (most often) fun! So we’re here to help share the stories behind the wacky minds of the projects via storytelling and semi-appropriate ranking systems.